Text by Jeffry Denman & Joy Tomasko
Music by David Lamoureux
Direction & Choreography by Jeffry Denman
Resilience: The Donner Party is a highly integrated dance theatre piece that uses text, movement and music to tell the infamous story of the immigrant pioneers who became stranded in the Sierra Nevadas during the harsh winter of 1846-47 and had to resort to cannibalism to survive. The Donner Party ’s journey west was dangerous and unpredictable with moments of joy, beauty, and heroism as well as tragic, devastating horror. Like most pioneer trains, the men were often naive, cocky and easily manipulated by opportunists, while the women were seldom consulted in matters that directly affected their families’ well being. It is a story of America at its very best and its very worst in a time of hope, greed, and expansion fueled by the presumptuous and destructive term “Manifest Destiny.”
[object Object]
Video footage from Dance Lab/NY Residency & Pre Production Rehearsals

The Forty Deuce is a brand new yet wholly original look at the characters and the story we think we know so well and uses tap dancing in vibrant and original ways to tell this story for a new generation. The 1931 novel, Forty Second Street by Bradford Ropes is a product of its time: a gritty, sexy, backstage pulp novel. The 1933 movie musical adaptation however, had to be “cleaned up” due to the censorious Hayes Production Code while the 1980 stage musical adaptation was aimed at a Broadway audience desperate for a nostalgic, optimistic, bright, funny, old fashioned musical. Both did extremely well. But Bradford Ropes’ original intent had been lost. The Forty Deuce honors that original intent and gives audiences a more in depth, three dimensional look at these characters, warts and all. 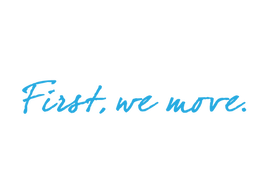